Bord Bia today opens a new office in Tokyo, Japan, bringing to 14 the number of international offices it has promoting the Irish food and drinks industry overseas. 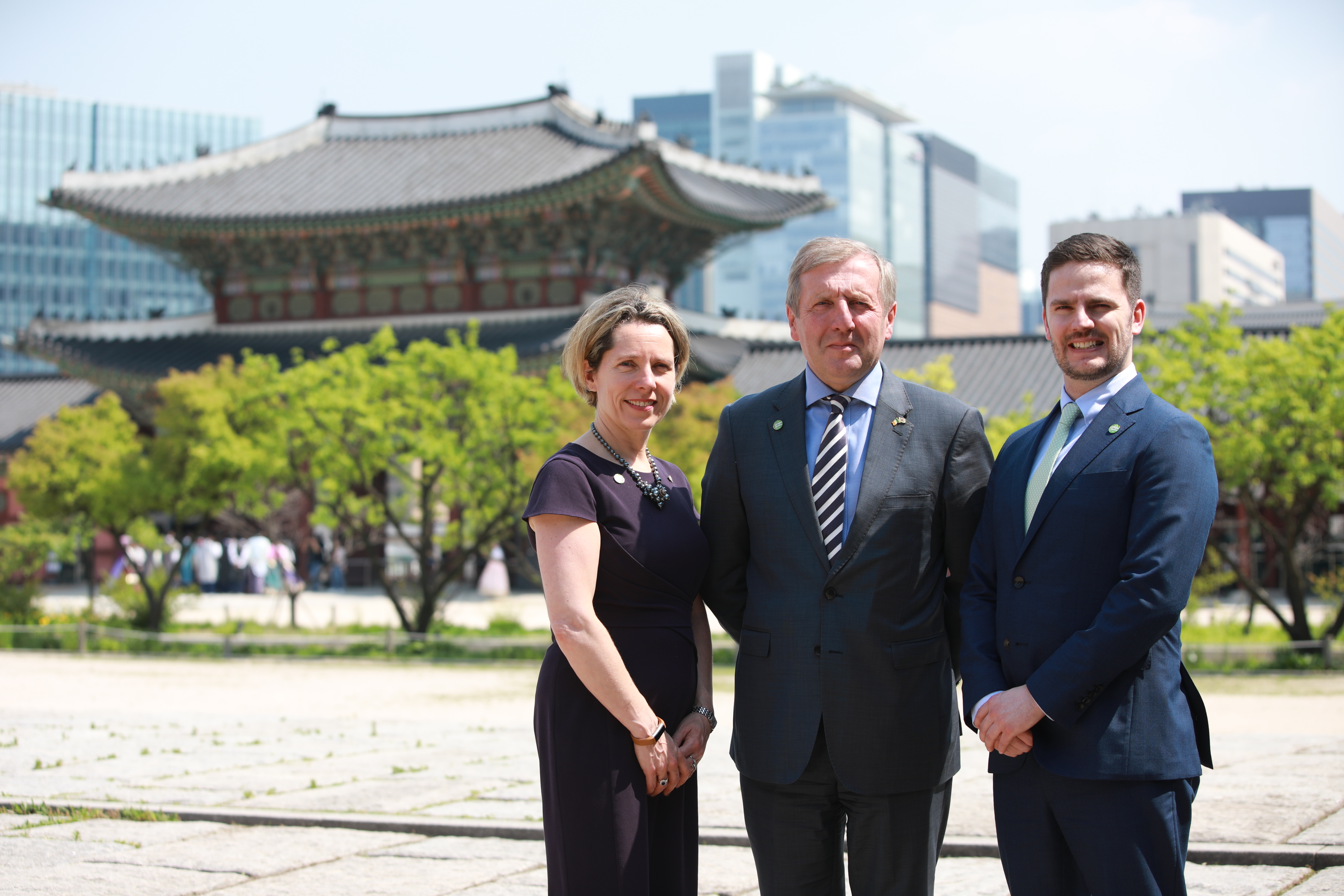 Through its Prioritising Markets – Opportunities for Growth study, Bord Bia has identified Japan as being in the top five priority markets for Irish food and drink exports. Increasing Bord Bia’s resources in Japan will leverage opportunities for Irish exporters and producers to build their market share. This, combined with the Japan EU Economic Partnership Agreement (JEEPA), which entered in force on February 1st of this year, positions Ireland’s food and drink exporters in a more competitive position in a market that places a value on the highest quality and safety standards.

Speaking in Tokyo on day two of the government’s trade mission to Japan and South Korea, the Minister of Agriculture, Food and the Marine, Michael Creed, TD, said the opening of the office in Tokyo is testament to the government’s ambition to meet the targets set out in FoodWise 2025 to grow the Irish food exports.

“The opening of Bord Bia’s new office, co-located in the Irish Embassy in Tokyo, supports our industry’s ambition for Japan and the wider potential of the Asia region forecast by Foodwise 2025,” said Minister Creed.

“Evidence from our trade mission in 2017, our market prioritisation study and further engagement with the market has confirmed this potential and underpinned our ongoing commitment to developing sustainable business relationships for our industry. Having a presence in the market is the logical next step in this strategy and we welcome this new addition to Ireland’s global footprint in the Irish agri-food sector.”

Bord Bia CEO, Tara McCarthy said: "Bord Bia’s new Tokyo office shows our serious commitment to the investment of the Irish food and drink industry in Japan. This investment should pay handsome dividends in the coming years as Bord Bia builds new contacts, gathers market and consumer insight and assists companies to find new customers and to explore new opportunities in the region. It is also timely that this office is opening just three months ahead of the Rugby World Cup when Ireland’s profile will be significantly raised in Japan.”

She added: “Japan, as one of the world’s largest meat and dairy importers, offers huge growth potential at a time when our food and drink industry is energised in unlocking potential in diverse locations. Origin Green, our unique and holistic response to making Ireland’s food and drink a leader of sustainability, will be a most powerful tool of differentiation in this highly developed market of discerning consumers who care where their food comes from.”

Japan is currently Ireland’s fourth largest market for both pork and cheddar, while it remains a valuable and increasingly important market destination for Irish beef offals, seafood and a priority future market for Irish whiskey and other spirits.

Ms McCarthy added: “Exports to Japan itself have been growing steadily since 2008; from €25million then to almost €115* million in 2018. While growth was dominated by pigmeat and dairy, the range of products extends to beef, seafood, prepared consumer foods and alcohol.”

Bord Bia’s new Tokyo office falls under the remit of Bord Bia’s South and East Asia headquarters based in Singapore.  This office, established in 2016, focuses on the markets of Indonesia, Vietnam, Malaysia, The Philippines, Thailand, Singapore, Korea and Japan.

Joe Moore has been appointed as Bord Bia Market Specialist, Japan and Korea. As part of this role, Joe will establish Bord Bia’s operations in Japan, at the same time being responsible for the Korean market. Joe spent the first half of the year visiting companies active in the market to understand their strategies and is now well placed to strengthen existing trade contacts and to leverage further opportunities for Irish exporters.

Joe is a graduate of Trinity College Dublin and previously worked for the Embassy of Japan in Dublin and as a Coordinator of the International Strategic Cooperation Award (ISCA), an Ireland – Japan science research exchange programme. He has also acted as an interpreter and liaison for the Japan U19 Rugby Team during their recent visits to Ireland.