Learn the skills you need to sell at farmers' markets

Bord Bia is set to host a series of training workshops around Ireland this Spring, specially designed for those who wish to sell at farmers’ markets. Developed by Bord Bia, ‘Skills Training for Selling at Farmers’ Markets’ is open to Irish food, drink, seafood and horticulture producers and is aimed at both existing stall holders and first-time producers.

First launched in 2016, the training will be delivered by experienced farmers’ market stallholder, Margaret Hoctor, of Kilmullen Farm in Wicklow. The six hour long workshops will cover the skills most relevant to selling at farmers markets including stall management, selling and marketing tips, building customer loyalty, and budgeting.

Speaking at the launch, the Minister of State for Food, Forestry and Horticulture, Mr. Andrew Doyle TD, said: “Farmers’ markets play a vital role in the local economy, supporting food companies in the start-up phase and beyond while also fulfilling increasing consumer demand for locally produce food, drink and horticulture. These Bord Bia training workshops are a great opportunity for producers to ensure they are market-ready and I'd encourage anyone who wants to sell at farmers’ market to attend.”

Consumers value the opportunity to interact with producers and farmers at farmers markets, according to research conducted by Bord Bia in 2017. Bord Bia found that consumers appreciate learning the story behind the product directly from the producer or farmer with such interactions likely to encourage purchases. This indicates the important role of the producer at farmers’ market in driving sales and the necessity of upskilling.

Gillian Willis, Small Business Manager with Bord Bia commented: “These workshops have been specially developed by Bord Bia to enable farmers and producers to get the most out of selling at farmers’ markets. We welcome the participation of both established producers wishing to upskill and new entrants to the channel looking to bring additional revenue to their farm or home.

The practical and interactive workshops will take place around the country starting in the Great Southern, Killarney on March 19th, followed by the Salthill Hotel, Galway, on March 20th; the Lyrath Estate Hotel in Kilkenny on March 26th and finally, in Dunboyne Castle, Meath, on March 27th.  All workshops begin at 9am and run until 3pm. A €25 charge per person applies and you must register at least three days in advance of the workshop date.

Numbers are limited, so interested parties are encouraged to register now to avoid disappointment. For registration and further information see - www.bordbia.ie/FarmersMarketsTraining 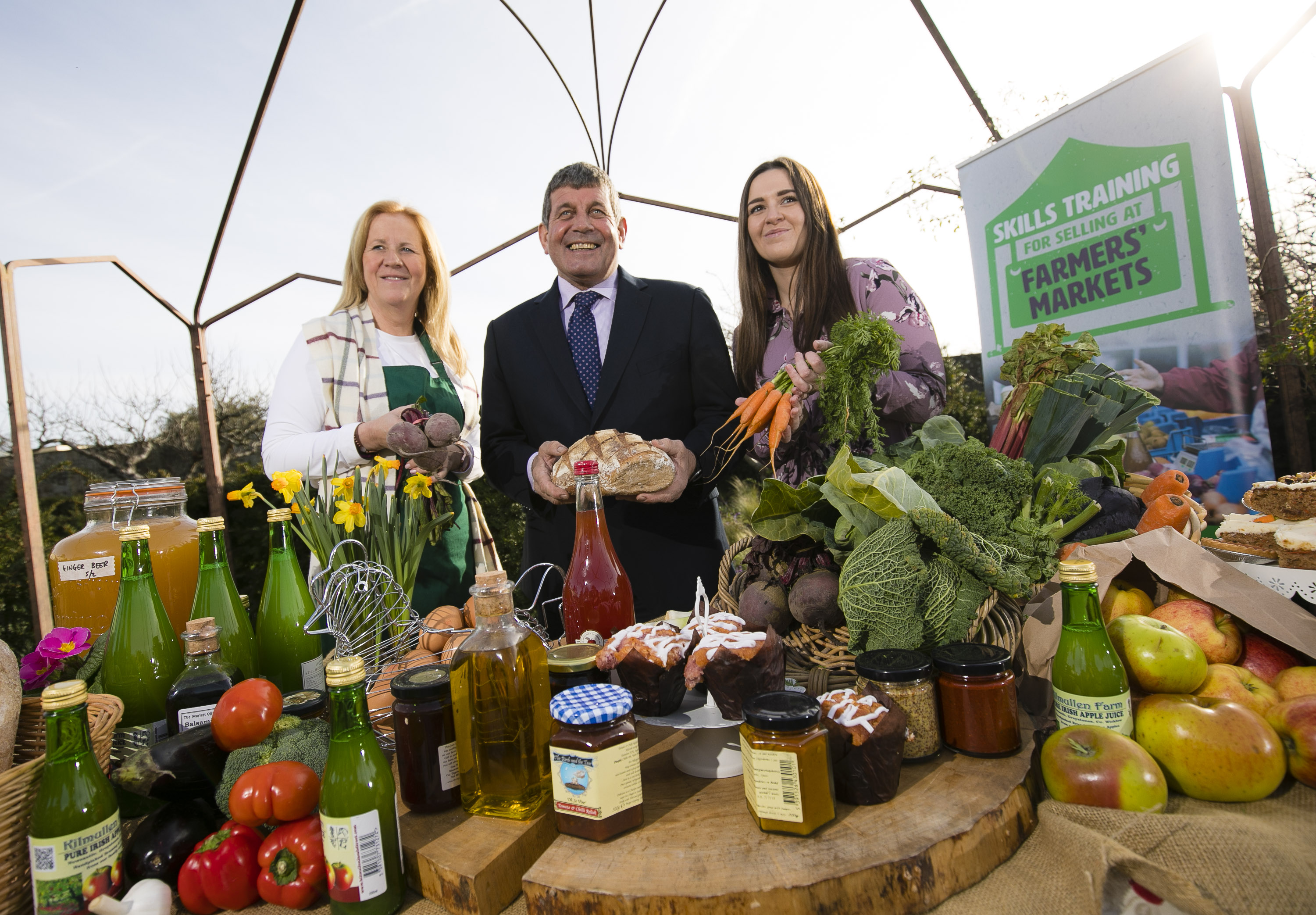