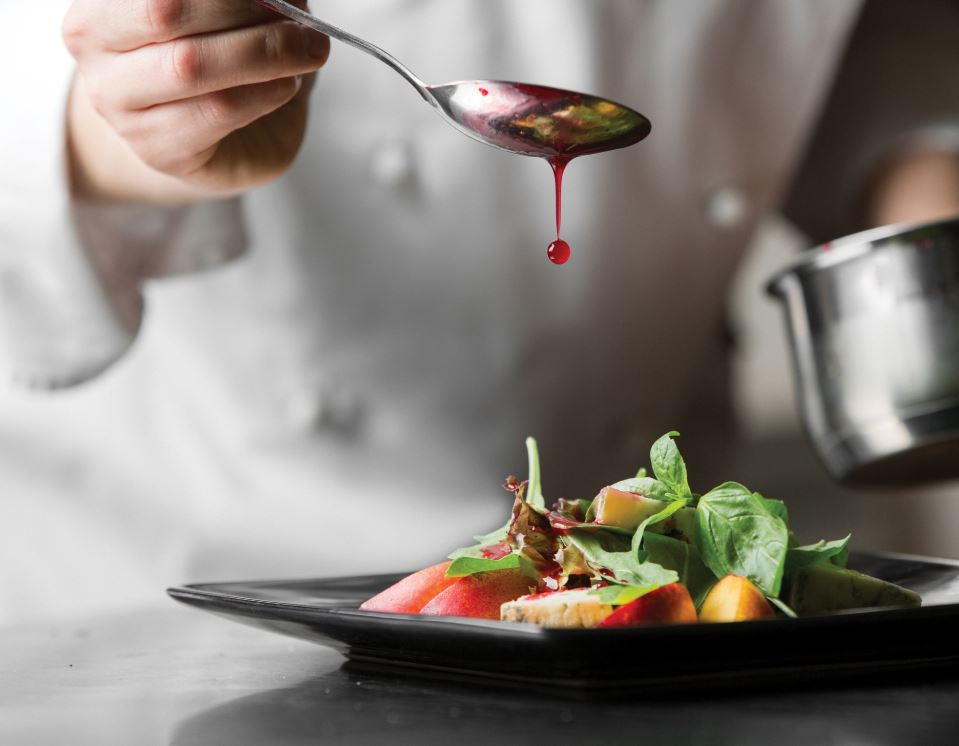 Acknowledging the hugely challenging environment that the industry has faced in recent times and the ongoing uncertainties as we head into 2021, this report looks to forecast what the future will hold for all involved in foodservice in Ireland.  It also outlines key trends that foodservice operators and food suppliers should consider in order to ensure that their businesses remain relevant.

Tara McCarthy is the Chief Executive of Bord Bia and brings with her over 20 years’ experience in the wider food industry. She was previously Chief Executive for Bord Iascaigh Mhara (BIM), Ireland’s seafood development agency and has operated in overseas markets for 10 years including Germany, France and Belgium. Tara holds a Bachelor of Commerce degree from UCG with an MBS in Marketing from Smurfit Business School and is an affiliate of IMD Business School, Switzerland. Tara was awarded Fellowship of the Marketing Institute of Ireland in September 2018.  In April 2019 Tara was awarded UCD Michael Smurfit School of Business’ Outstanding Alumnus Award. 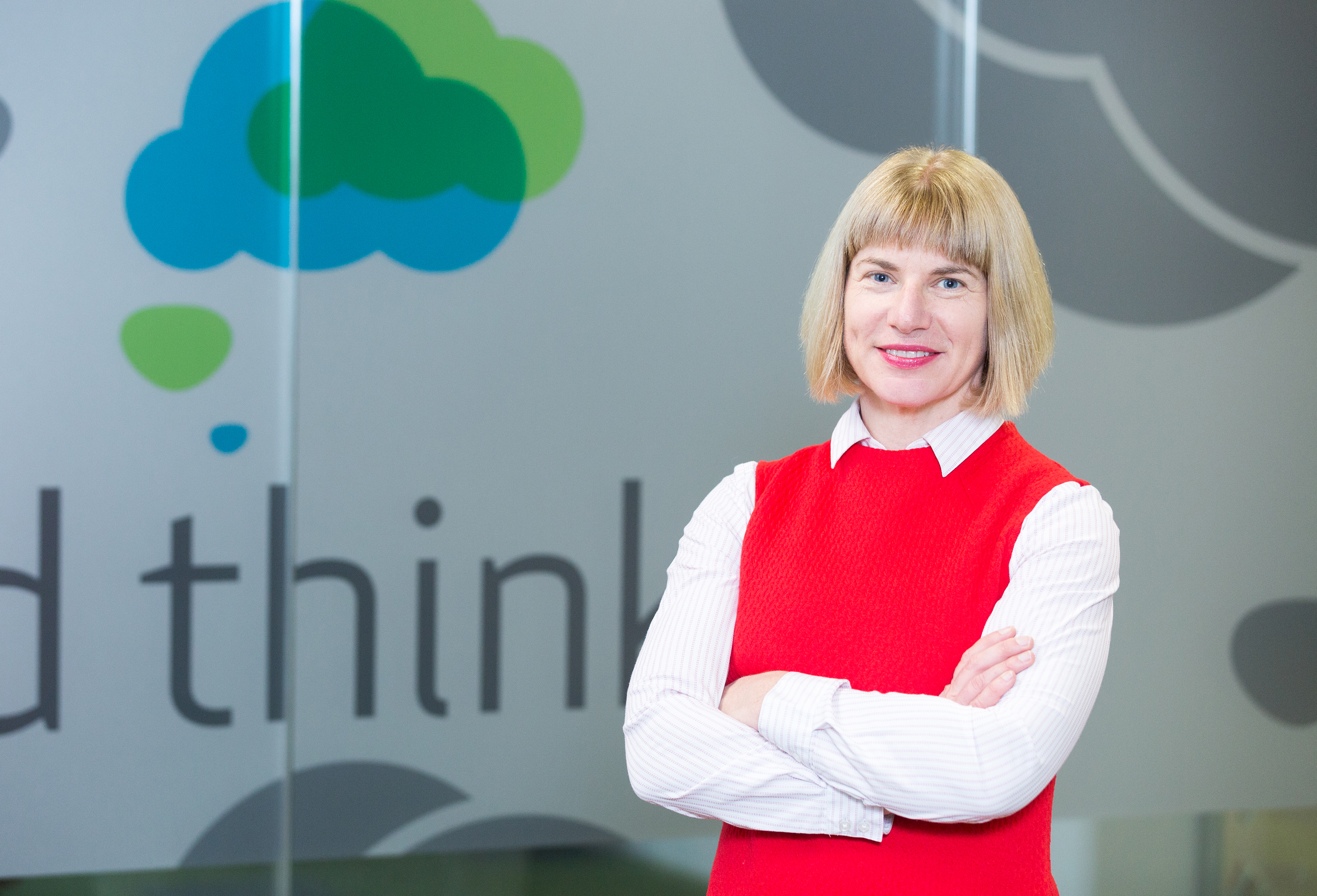 Maureen Gahan joined Bord Bia in January 2001 as a Trade Marketing Specialist.  She has held responsibility for managing Bord Bia's foodservice programme on the Ireland market since 2009.  Her role includes developing relationships with Trade Buyers and identifying potential opportunities for Irish food and drink manufacturers.  Prior to joining Bord Bia, Maureen worked with the Trade Development Institute in Dublin, a seafood importer in Paris and with Enterprise Ireland in their Stockholm office. Maureen holds a BSc in Management and is a graduate of the Dublin Institute of Technology.

Richard Curran is a journalist, broadcaster and author. He is the presenter of The Business radio show on RTE Radio One and also Dragons Den on RTE Television. He is a columnist with the Irish Independent and Sunday Independent. Richard has been a business journalist for 25 years and is a former deputy editor of The Sunday Business Post and former business editor of the Irish Independent. He has co-written two books, one on Irish entrepreneurs and the other on the collapse of Irish Nationwide Building Society. He has also made several television documentaries for RTE including, Future Shock: Property Crash in 2007 and The Battle For Rural Ireland in 2015. 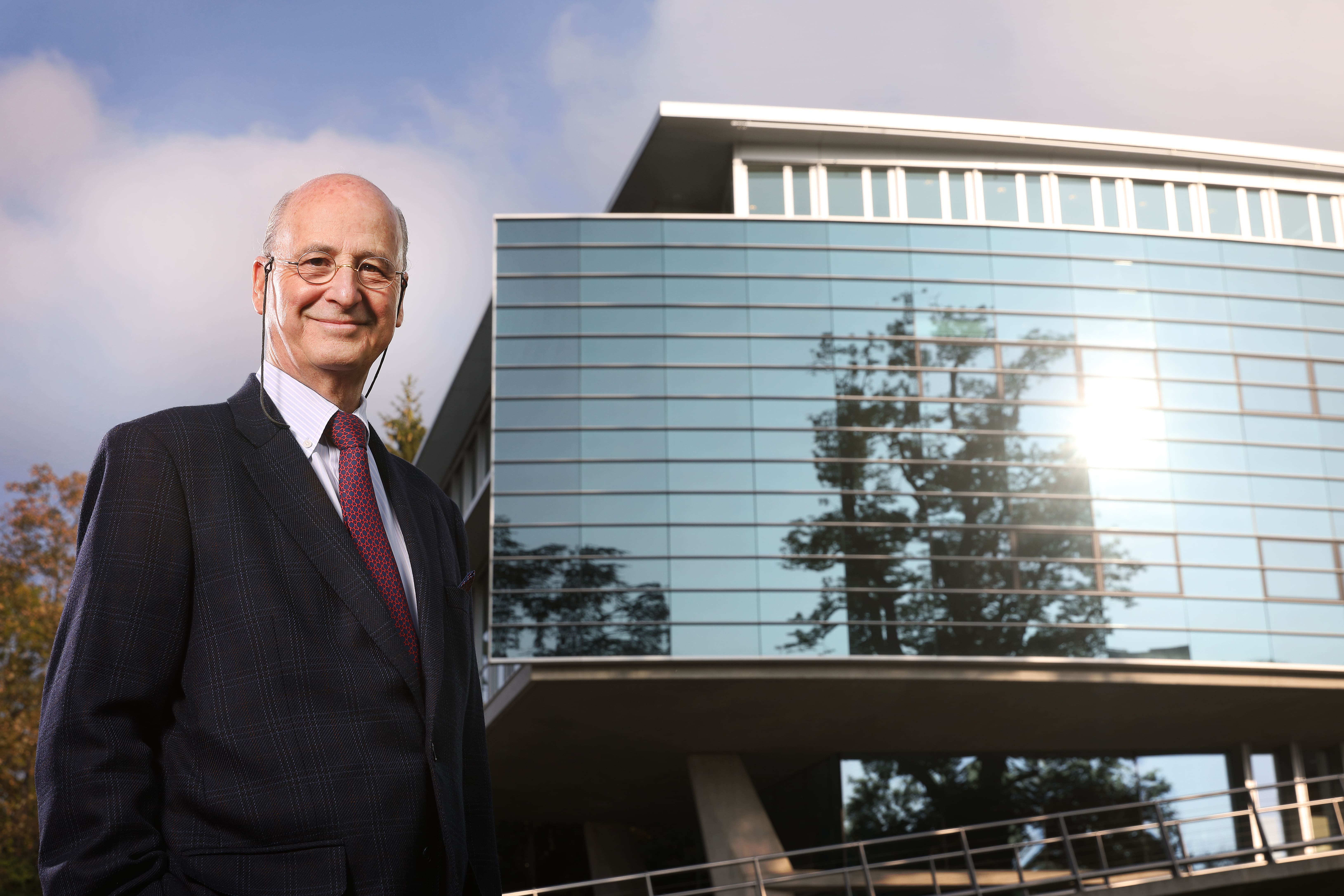 Professor Stéphane Garelli is the founder of the World Competitiveness Center and a former managing director of the World Economic Forum. He is a Professor Emeritus at the University of Lausanne and at IMD, one of the world’s leading business schools, where he continues to teach. He has been, among others, Chairman of “Le Temps”, the leading French-language Swiss newspaper, and Chairman of the Sandoz Financial and Banking Holding. He has been a member of several international institutions and boards and sits today in the International Olympic Committee Commission on Sustainability and Legacy. He was elected in 1999 to the Constitutional Assembly of his state. He has published two best-selling books "Top Class Competitiveness” and " Are You a Tiger, a Cat or a Dinosaur?".

Dave Henkes is a Senior Principal at Technomic, Inc. and is responsible for directing strategic consulting and research assignments for clients active in the food and beverage industries. Since joining the firm in 1996, Dave has managed a wide variety of multiclient engagements, and has conducted studies in markets around the world including the UK, Mexico, Germany, the Netherlands, and Canada. Prior to joining Technomic, Dave gained international food experience working with Nestle in Frankfurt, Germany. He earned his Bachelor of Arts degree in International Studies from The American University in Washington, DC and a Masters of Business Administration degree in Marketing and International Business from the University of Illinois. 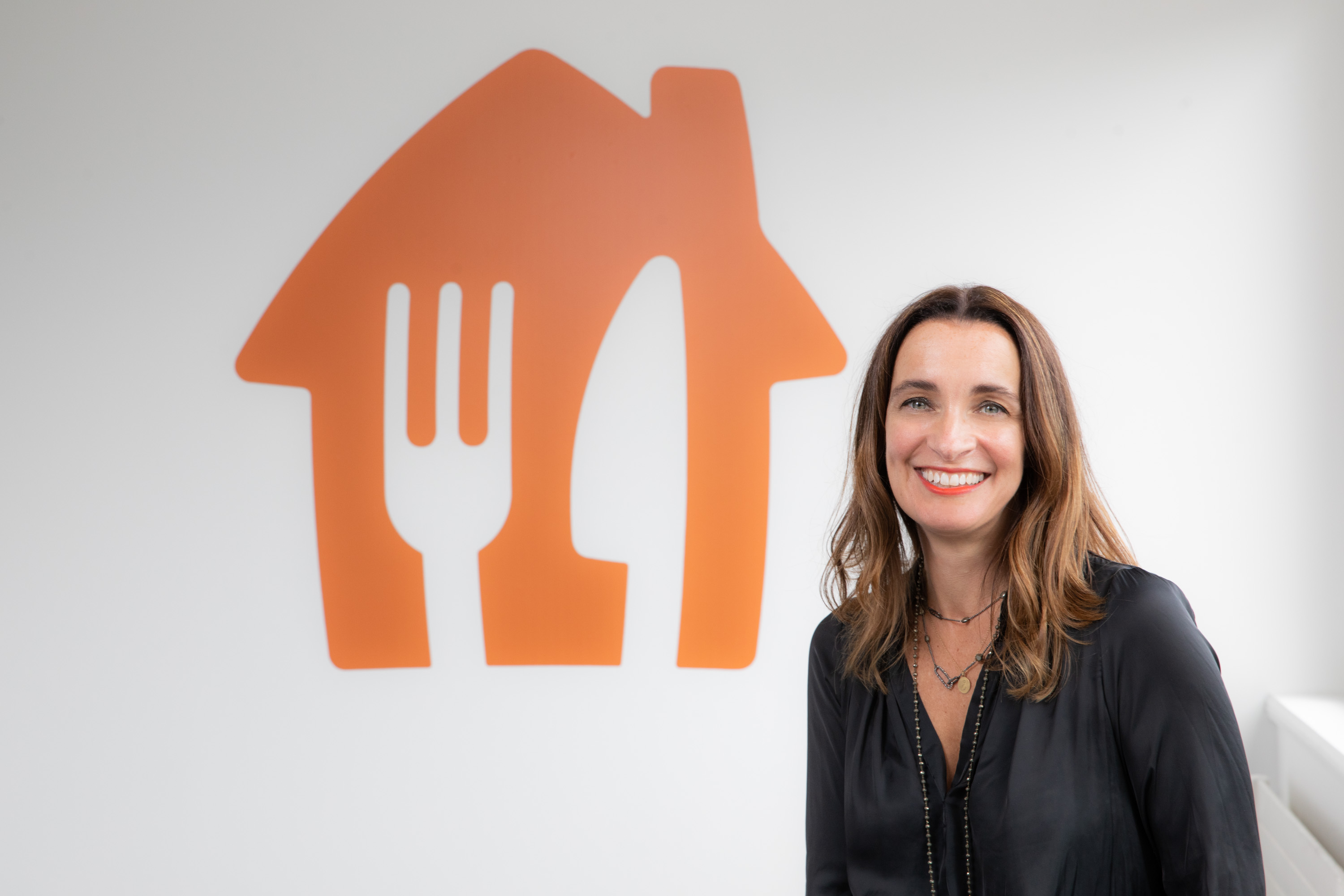 Edel Kinane is Commercial Director of Just Eat, Ireland’s leading marketplace for online food ordering and delivery. Working with her colleagues on the executive leadership team, Edel has spearheaded the growth and development of Just Eat in Ireland since 2014, achieving over 30% average year on year order growth and an estate of over 2,700 restaurant partners. Prior to her current role at Just Eat, Edel was Marketing Manager at luxury retailer, Brown Thomas. Edel was a finalist of the Marketer of the Year award in 2017.

Robert Bullock is a passionate foodie and Pastry Chef with over 30 years’ experience in the industry. Following a stint in the corporate world, Rob decided to combine his entrepreneurial drive and business acumen and set up Le Patissier in 2012 from his kitchen counter top supplying local restaurants and cafes. Now operating from a purpose built kitchen in Dublin 15, Robert and his talented team of pastry chefs currently supply the retail, food service, hotel and airline sectors with over 1 million items produced by the team annually. Key to the business success is Robert’s strong ethos of using locally sourced ingredients where possible, including Irish diary, butter, free range eggs and working with quality producers. In response to COVID and the impact on the business model, Robert set up overnight a direct to consumer channel offering Le Patissier award winning patisserie, cakes, tarts and cheesecakes to the residents of Dublin with a collection and delivery service. This enabled Le Patissier to continue trading throughout this challenging time for the food industry. 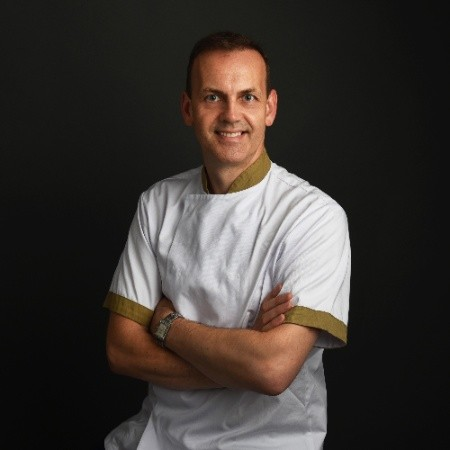 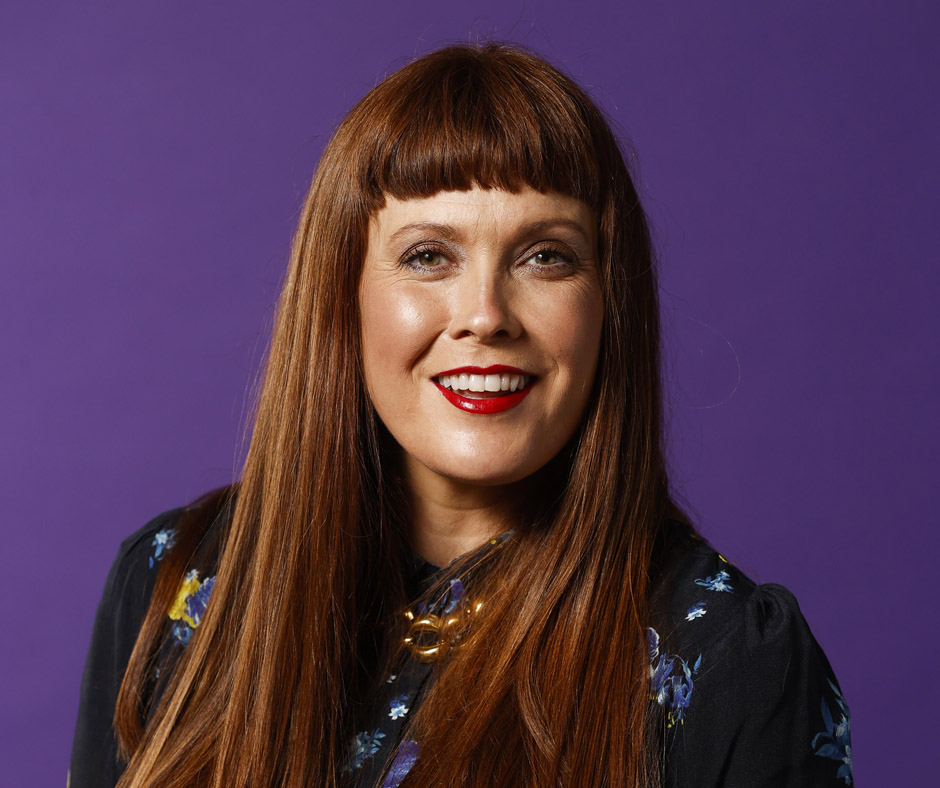 Caoimhe O’Reilly is the newly appointed Head of Strategy at Camile Thai, a very memorable time to start a new job. A Dublin native, she studied at Dublin City University and Technology University Dublin before leaving for London to continue building her career. Prior to Camile, Caoimhe has held roles at Vice, Huffington Post, BBC and Google. After a decade of London life, she returned to Dublin last year. Learning from the successes she enjoyed at high growth start-ups and large matrix businesses across media and tech, Caoimhe now applies her creativity, vision and multi potential strategies to play a key role within the leadership team to unlock and drive the Camile Thai growth engine forward.

Jack Kirwan trained at Ballymaloe cookery school in 2011 where he developed a passion for locally grown food. He started Sprout & Co in 2013 initially as a cold pressed Juice business before launching Sprout & Co Kitchen, a fast casual healthy food brand In November 2015 on Dublin’s Dawson St – their menus are created using local and seasonal food, sourcing ingredients from their own organic farm in Co Kildare. Sprout have gone on to open seven restaurants in Dublin and have ambitions to continue growing into the future 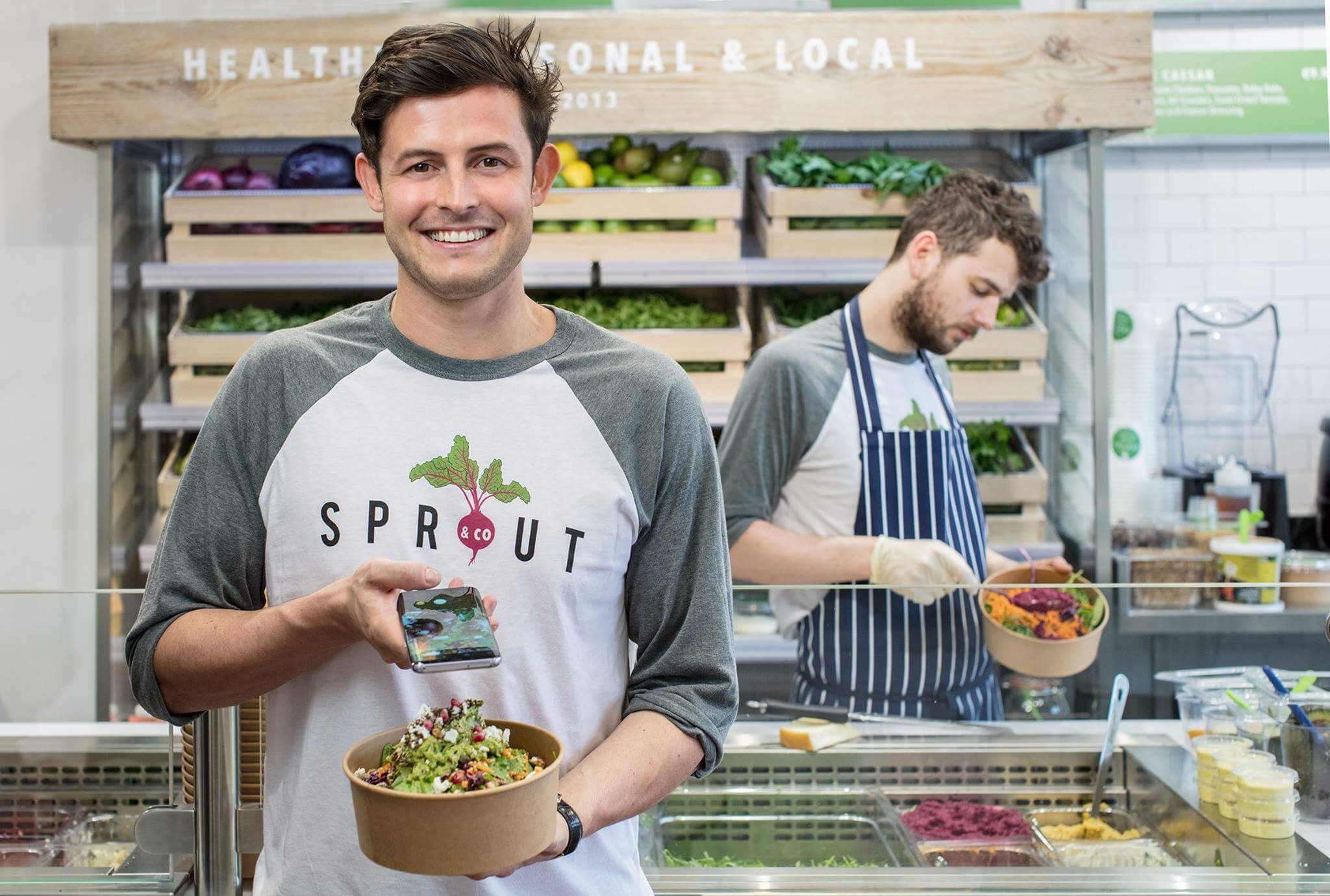 Please contact Maureen Gahan on maureen.gahan@bordbia.ie or (01) 6142 235 if you have any queries, or require additional information.