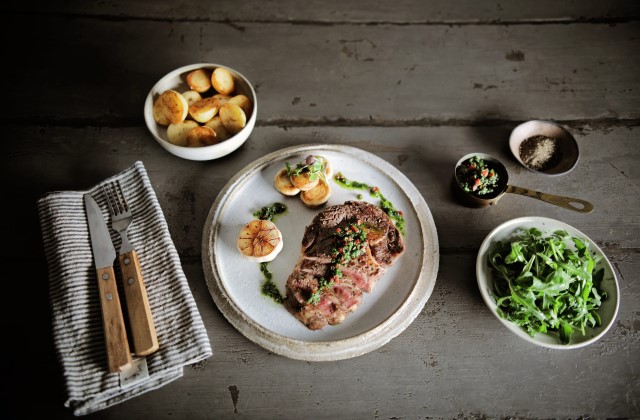 Monday 28th September: Bord Bia is running a major marketing activation partnership with 11 leading European retailers to drive sales of Irish beef steak this autumn and winter. The campaign launched in Germany on 15th September, will be rolled-out in Italy in the coming weeks, and in Spain in December, featuring in up to 6,000 stores across the three markets.

The foodservice market accounts for a third of all Irish beef exported to Continental Europe, while over half of all Irish steak sold in Continental Europe is through foodservice. Although restaurants have reopened across Europe, most have done so under reduced capacity; and as a result, foodservice sales are forecast to decline by over 33% in 2020*. Bord Bia’s European steak campaign aims to drive sales of steak at retail level outside of the traditional summer steak/BBQ season, in order to compensate for this decline in foodservice steak sales.

Despite accounting for only 13% of the carcase, steak commands the highest price, and so equates to approximately one third of the overall value of the entire carcase.

Commenting on the partnership, Bord Bia’s Global Business Development Director, Ailish Forde said: “Bord Bia has been working alongside key customers in our European markets to create a consumer-focused campaign that aims to provide a much-needed boost to Irish steak sales. Research from Bord Bia’s The Thinking House points to an opportunity to increase steak sales at retail level, with greater numbers of consumers reporting that they are buying better quality cuts of beef since the on-set of Covid-19. While retail demand for steaks remained buoyant over the summer months, we need to redouble our efforts to sustain and grow sales into autumn and winter.”

The marketing activation plan features a range of online and offline marketing materials including banners, on-pack stickers, and information on video screens in-store, all designed to increase awareness of Irish steak and provide an uplift in sales.

Ailish Forde continued: “This is the first phase of the campaign which will continue into Q1 of 2021, with further retailers in other key steak markets expected to come on-stream as Bord Bia continue to strengthen our relationship with European retailers.”

The steak promotion is running in parallel with an autumn beef campaign in Italy and Germany which will kick off in October. In Italy, instore activation will be supported by a three week outdoor marketing campaign on 200 bus shelters, 23 digital totems and 72 trams and buses in key commuter areas in the cities of Milan, Bologna and Rome.  There will also be a social media influencer campaign with 12 key opinion leaders on Instagram. Similarly in Germany, the partnerships with key retail customers will be bolstered by a targeted outdoor advertising campaign and an online and offline consumer advertising campaign to reach up to 6 million consumers.

Value and volume of Irish beef exports to EU27 for YTD