The three-year campaign, European Pork: Excellence in Quality Assurance and Food Safety, focuses exclusively on pork for Mexico, and targets a population of 126 million people. It is the first major in-person event since Ireland gained market access to export pigmeat to Mexico in 2020.

To promote the campaign, today Bord Bia invited Mexican government officials and food industry representatives including top importers, distributors, and wholesalers to an EU Pork seminar at the Irish embassy in Mexico City. The event, which was also attended by media, featured presentations on Irish pork and production.

Speaking at the event as part of the Irish government’s trade mission to Mexico, Irish Minister of State with responsibility for Research and Development, Farm Safety, and New Market Development, Martin Heydon T.D. said: “I am honoured to lead our department’s first official visit to Mexico since securing access for the export of Irish pigmeat to Mexico. Gaining access for Irish pigmeat exports to Mexico highlights the value of investing in strategic relationships in priority markets and there is no better way to demonstrate Ireland’s commitment, with the support of the European Commission, to this market than by investing in a three year information and promotion campaign for pork in Mexico.

I am particularly pleased to announce that the first commercial shipment of Irish pork will arrive into Mexico early next month, representing an important milestone and first step in forging a stronger commercial partnership with the Mexican meat importers.”

He added: “Food Vision 2030, the strategy for the Irish food industry, highlights Ireland’s credentials in world-class bio-security systems, high welfare, quality assurance and our commitment to sustainability through Origin Green, Ireland’s national food and drink sustainability programme. We believe that Origin Green will be the differentiating factor in Mexico - a developed market of discerning consumers who care where their food comes from.

In 2017 Mexico was identified a priority market for Irish pigmeat, as part of the Irish government’s Prioritising Markets, Opportunities for Growth study.

“Bord Bia’s consumer research shows us that while pork has always been an important part of the Mexican diet, greater urbanisation and a growing middle class with rising consumer incomes who have an interest in food safety, have helped drive the sharp increase in pork demand. We also know that there is both a strong demand for quick and easy to-use pork solutions, along with an appetite for premium pork cuts particularly among younger Mexican consumers.

The EU Pork trade-focused campaign will build awareness and understanding of food safety, quality assurance and sustainability of European pork and Irish pork is well positioned to supply this increasing demand as we produce pork to the strictest EU food safety standards.”

Key trade events as part of the campaign include showcasing the industry at technical seminars supported with a marketing campaign including PR, digital and social media. Bord Bia is working with the leading Irish exporters of pork and are ensuring that Irish exporters connect with the key Mexican importers, retailers and foodservice providers.

In November 2021, Bord Bia together with the Irish Embassy in Mexico hosted a webinar for Mexican importers which featured a Global Pork update from GIRA International. As part of this promotional campaign, Bord Bia will exhibit at Expo Carnes y Lácteos in February 2023, along with hosting trade seminars and welcoming welcome Mexican partners to visit Ireland and experience first-hand Ireland’s world class pork production, and the workings of farms and processors

In 2020, Ireland gained market access to export pigmeat to Mexico.

Information for exporters on access, trade and certification conditions for Mexico and other non-EU markets is available on a dedicated web portal at:http://www.marketaccess.agriculture.gov.ie/meat/northsouthamerica/mexico/

The European Commission invites European member states to apply for EU co-funding for programmes to promote European Agricultural throughout the world and within the EU.

The EU Promotion Regime acts as key for opening up new markets and to diversity trading partners. The campaign aims to help the sector’s professionals to break into or consolidate international markets and to make consumers more aware of the efforts made by European farmers. Funding awards are made annually on a competitive basis to successful promotion programmes submitted by the Member States to the European Commission.

Bord Bia has received funding from the European Commission to implement a €3.8 million campaign promoting pork and poultry in China and Mexico over the next three years (2020 – 2023). The campaign, titled EU Pork and Poultry: Excellence in Quality Assurance & Food Safety, aims to build awareness of our quality assurance and food safety credentials in key export markets.

Irish pork being officially launched to the Mexican market on day five of the Bord Bia trade mission to the US and Mexico. Bord Bia CEO Tara McCarthy with minister (full title) heydon in Mexico City 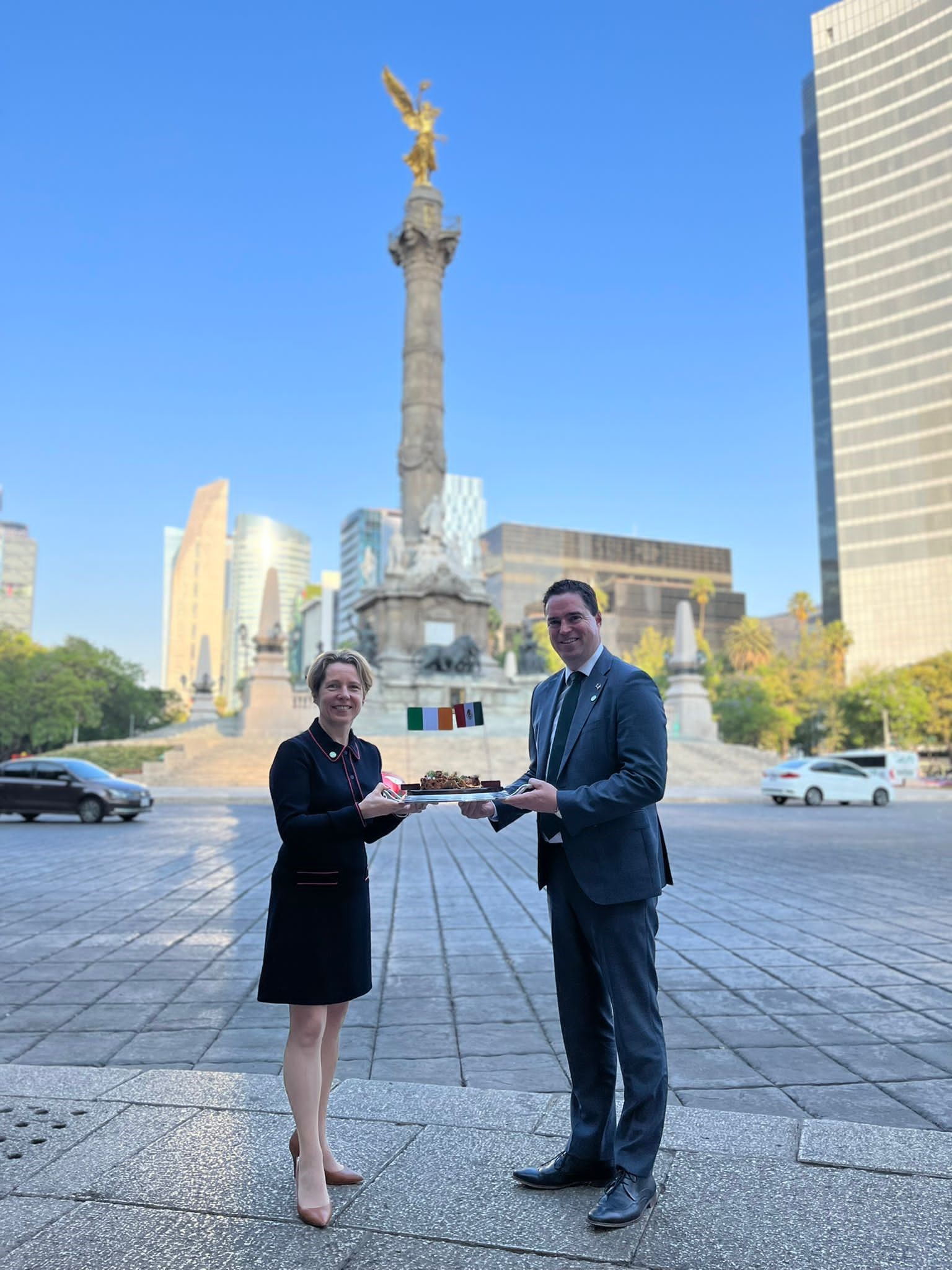