German based Hellofresh continues to grow 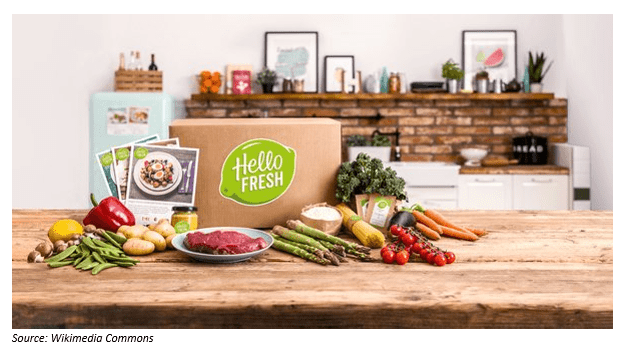 Hellofresh, a meal-kit delivery company which was established in Berlin in 2011 has experienced year-on-year growth since then. Hellofresh now has approximately 1.5m customers globally with 2,000 employees worldwide.

The Financial Times reported that Hellofresh topped the Financial Times 1000 list of fastest-growing businesses in 2017 – revenues rose from €2.3m in 2011 to €304m in 2015. While some of this growth has come from the expansion of geographical locations (such as to the American market), Hellofresh CEO Dominik Richter stated that they are now looking to grow business in their existing markets.

The booming online food market may seem like a highly attractive business to enter into, but with existing players upping their online game and many relatively new entrants to the market, e.g. Blue Apron or Home Chef, the current success cannot purely be put down to general industry growth. Hellofresh state that part of their success is due to the fact that they offer mid-market recipes which are relevant and desired by their customers, as opposed to coming across as condescending.

Just last week, the German food and drink industry magazine Lebensmittel Zeitung reported revenues of over €900m in 2017 which is largely down to a large increase in their number of customers in Q4 of 2017 (€253m of this total figure alone was earned in Q4). Approximately 39.5m meals were delivered during this period by Hellofresh alone.

Full financial figures are reported to be made public in March but initial reports from Berlin would suggest that Hellofresh is going in the right direction.