The FoodAlert is a weekly newsletter that offers breaking news from our overseas offices and category specialists about developments in the food business that have implications for Irish suppliers. 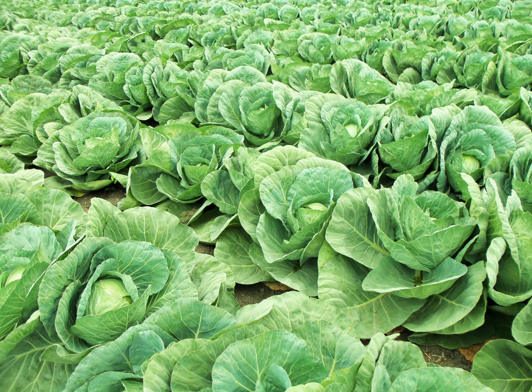 It’s hard to think of an aspect of life that hasn’t been affected by the Covid-19 pandemic, but eating habits are certainly one of them. It has been boom time for fresh produce, with vegetable sales up 18% in the 6 months to the 7th of September compared to the same period last year, and potatoes up 20% in the same period. People’s shopping habits have changed – the big shop is back, based on a detailed shopping list. Meals are planned in advance so that everything needed for the week is bought at one time, with only minor top ups required, and fresh produce are being planned into that shop.

Rules of the Game Change in Spanish Seafood Sector

The Spanish seafood sector had been performing well over the last couple of years as discussed in an Alimarket report on the frozen seafood sector published this June, but in March of this year the “rules of the game changed”. The state of alarm enforced due to the pandemic caused the closure of the horeca canal which is of vital importance to the frozen seafood market. Most operators have 50% of their business or more in supplying horeca, directly or indirectly (via wholesalers). As a result, prices fell, demand fell and as the channel barely started to recover over the summer months - financial buffers were needed to help many companies withstand the loss. 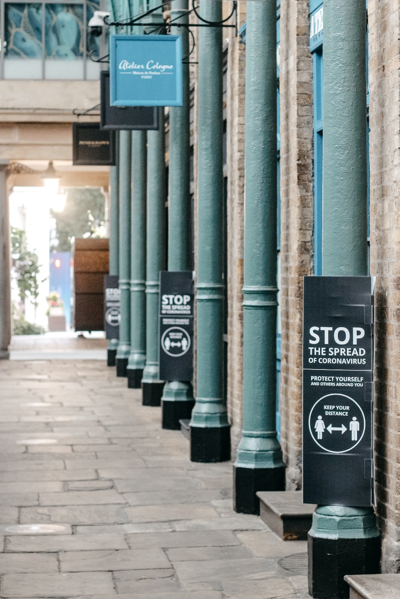 The Him MCA UK recovery report examines the state of play for the UK food industry and looks at the business implications of the coronavirus pandemic, as well as the key learnings to help food and drinks businesses navigate this new landscape and the changing consumer attitudes that come with it. This FoodAlert, the final in a three-part series, is built on insight from MCA’s UK Recovery Report and considers the future scenarios for the UK retail and foodservice landscape and what this means for Irish suppliers in the market. 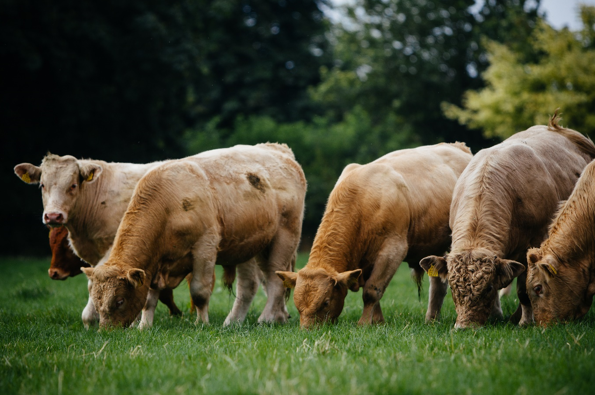 The future of what food standards will apply in the UK post-Brexit still remains unclear as the House of Lords this week backed an amendment to the Agriculture Bill. Lords voted on two amendments this week to the Agriculture Bill that would mean that imported foods would have to meet domestic standards and the role of the Trade and Agriculture Commission would be strengthened. This development should be seen as broadly positive news for Irish Food and Drink exports to the UK, which are very closely aligned to the currently high domestic standards in the UK. 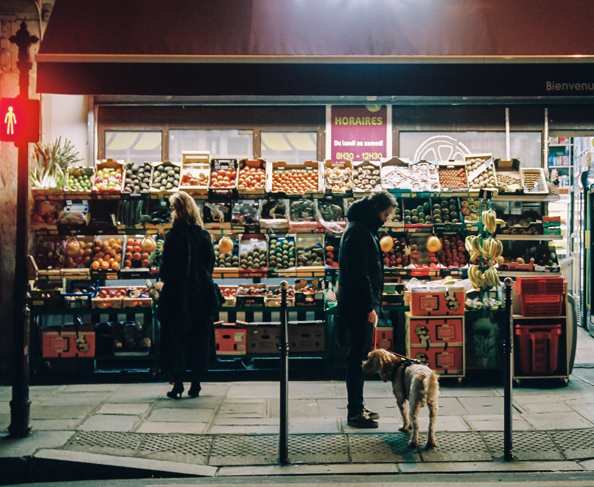 Every month, Bord Bia’s Thinking House, in collaboration with research partners Canvas8, will bring you the latest insights surrounding recessionary behaviours and sentiments impacting people globally. Each issue will cover a key theme related to people’s response to the recession and the different ways they are spending, saving, eating and drinking as they navigate this financially unstable time.

The Irish food and drink industry has sustained its position as by far the most global of Ireland’s indigenous industries, with its products finding markets in over 180 countries. The opportunity to enter new marketplaces is one every ambitious food and drink company must consider at some point. Whilst the UK and European markets remain vitally important for Irish food and drink manufacturers, diversification in the international marketplace has been a strengthening component of our industry over the last decade.

Michel Barnier, the EU’s chief negotiator claimed on Wednesday that Britain has ‘shunned’ offers to make progress in negotiations over the future trading relationship. He accused London of wanting to turn Europe's fishermen into a “bargaining chip” in the talks. The comments by Michel Barnier followed talks in London with UK chief negotiator David Frost on Tuesday — discussions that Mr Barnier said have failed to end the impasse that has dogged talks over the summer. Speaking at an event organised by the Institute of International and European Affairs on Wednesday, Mr Barnier dialled up his criticisms of Britain's approach to the trade talks.

Michel Barnier warned last Thursday that ‘no progress’ was made on key issues in Brexit talks. Speaking in London at the end of the fifth formal round of future-relationship talks from July 20th-23rd, Mr Barnier said the two sides remained far apart on how to ensure a “level playing field” between EU and UK businesses, as well as on the vexed question of access to British fishing waters, warning that “the time for answers is quickly running out”. This month’s negotiations had been billed as crucial to the chances of the UK and EU securing an agreement by the end of the Brexit transition period on December 31st.

The UK Government on Monday released their new UK Border Operations Model. This announcement came following Sunday’s announcement of a £705 million investment in new infrastructure, jobs and technology at border points. The model is over 200 pages and outlines details of the government approach to customs declarations, safety and security declarations, VAT collection processes, and SPS & fishery controls post the end of the UK transition period on December 31st 2020.

EU-UK trade talks break up early over 'serious' disagreements. The latest negotiations in Brussels on an EU-UK trade and security deal have broken up early, with the EU’s chief negotiator, Michel Barnier, complaining of a lack of respect and engagement by the British government. The two sides ended the week’s talks – the first held in person since February

German based Hellofresh continues to grow

Hellofresh, a meal-kit delivery company which was established in Berlin in 2011 has experienced year-on-year growth since then. Hellofresh now has approximately 1.5m customers globally with 2,000 employees worldwide.

Death of hypermarkets? How did Carrefour Poland achieve over 5% growth in a declining market?

Poland is still very fragmented, and one of the most competitive retail markets in Europe. Euromonitor reports that the grocery retail market grows at 4.2% (2017).

The second Brand Forum meeting of 2019 took place in the now familiar RDS Minerva Suite and featured speakers who at first glance appeared to have little in common; Tom Stancliffe and Guy Hacking; two of the co-founders of Tribe a young digitally inspired food start up making a range of performance nutrition products from London and Kelly Rafferty Vice President for Global Marketing Capability from Kellogg’s, the venerable one hundred and thirteen year old food behemoth from Battle Creek Michigan.

Augmented Reality – The future is now

Augmented Reality is no longer a concept of the future, it is now part of the day to day. Social media platforms and mobile gaming applications, such as Snapchat and Pokémon Go, have made AR more accessible than ever before.

In the development of Bord Bia’s recently published ‘Guide to Food Markets in Ireland’, research was undertaken with stall holders and market managers and organizers in Ireland as well as identifying international best practice to define what factors are critical and common to successful food markets.

Lactose-Free Continues to Grow in Spain

The market for lactose-free products in many countries across Europe remains highly under-represented and for many lactose-intolerant consumers, products catering to their dietary needs can still be difficult to come across. The Spanish market however is one of the exceptions to this trend as growth in recent years has outperformed all but one other European country.

According to a Eurobarometer data report on "Habits of consumption of fish and aquaculture products" by Kantar TNS for the European Commission, 3 out of 4 Spaniards aged 15 and over consume fish or fish products at least once a week at home.

Spain, with a total bovine herd of 6.18m heads, (of which 1.9m are suckler cows and 0.84m are dairy cows), and a production of 640,000tn of beef, is a relevant cattle importer (nearly 584,000 heads in 2016) both for its beef industry but more recently it has also started playing an important role as a livestock exporter to third countries.

A snapshot of some of the latest alcohol trends highlighted at the recent Imbibe Live event in London (Stylus, 2018).

Coffee has been a growing phenomenon among Irish consumers in recent years with 75% of Irish consumers stating they drink coffee, and seven in ten drinking more than one cup a day.

Coffee has been a growing phenomenon among Irish consumers in recent years with 75% of Irish consumers stating they drink coffee, and seven in ten drinking more than one cup a day.

Global trends in food and drink indicate that today’s consumers are becoming more conscious about making healthy food choices with four in ten US and UK consumers increasing their consumption of healthy foods.

The Rise of Private Brands

Traditionally, private labels have been used to give retailers, such as Aldi, Amazon, and Tesco, increased control over product marketing, distribution, and sales. Now these organizations are converting these labels into premium brands...

Food to Go is Going in the Right Direction

In Ireland, the F2G channel is set to grow at 5.2% CAGR over the next three years, over and above the healthy compound growth forecast for the wider foodservice market of 4.4%.

Blurring Food Channels - What’s Not On The Menu?

Experience driven consumers are driving the changing face of foodservice. In Bord Bia’s new foodservice report, entertainment is increasingly valued by consumers and willingness to pay premium prices for something “unique and different” is in no short supply.

Retail Gardening: Swedish retailers are starting to grow herbs under their stores