Sweet peppers are native to South America. Peppers and chillies are both members of the capsicum family. To distinguish between them, peppers are called sweet peppers, bell peppers and even bullnose peppers. 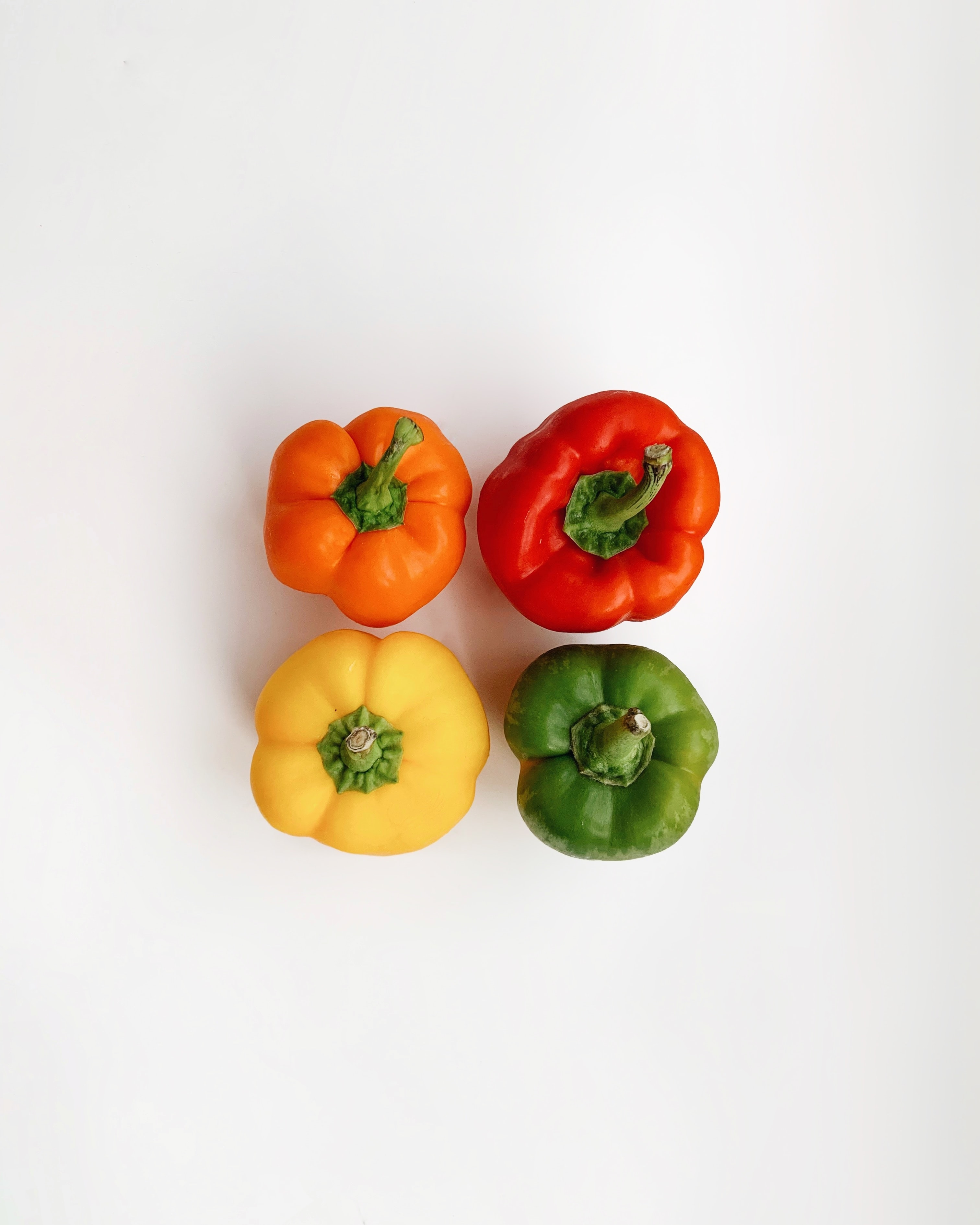 Sweet peppers should be stored in a cool place between 7 and 10 degrees and should be used as soon as possible. They will keep in the salad drawer of a refrigerator for a few days. Green peppers are best for short-term keeping. Peppers kept in plastic bags have a longer shelf life and remain fresh longer as they suffer less water loss. Where freezing is concerned sweet peppers differ from many vegetables in that they can be stored frozen unblanched for up to 6 months and maintain their colour better when not blanched. Peppers that have been blanched can be stored for up to 1 year.

Before cooking or preparing peppers for salads, the inside seeds and membrane of the peppers need to be removed.

They are particularly nutritious served raw, sliced, either plain or in a dressing, sweet peppers are useful for starters, salad mixtures and for garnishes as the vitamins are conserved in the absence of cooking. Chopped or sliced, they are good to add to soup, stews and casseroles, and they can be stuffed or baked whole for a main dish.

Looking for some recipe inspiration? Why not try this tatsy Pork Steak Roasted with Peppers.