Celeriac was developed from celery and is known as turnip-rooted celery. It is knobbly with a patchy brown and white skin and has a similar but less pronounced flavour than celery. Celeriac contains useful amounts of fibre, Vitamin C and folic acid. It can be eaten raw or cooked. 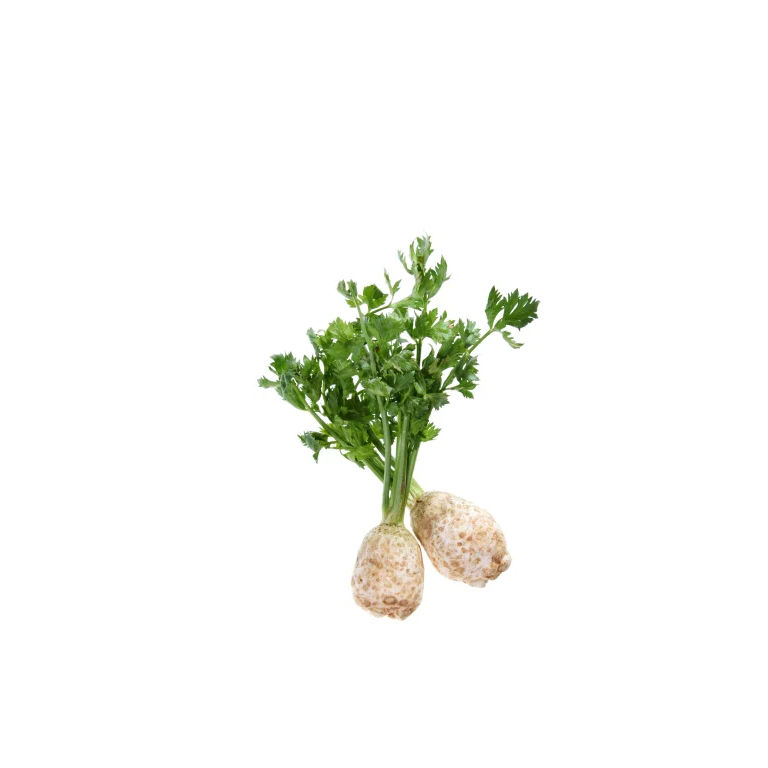 Smallish bulbs are usually best to buy. The flesh discolours when exposed to light, so as soon as the celeriac has been prepared it should be plunged into a container of acidulated water (with lemon juice added).

Celeriac can be grated raw into a salad or it can be sliced or diced and boiled first. It can be used in soups, broths and stews and substituted for dishes, which take some of their flavour from celery. For example, it can be used instead of celery in a Waldorf salad.

Celeriac can be cooked au gratin on its own or interleaved with slices of potato or apple or pear and sprinkled with nutmeg, garlic or ginger. It can be puréed and served as a vegetable or mixed with cooked potato for a celeriac mash. It can be cut into circles and used as a base for an entrée serving.

Flavours and ingredients that go well with celeriac include cheese such as fromage frais,blue cheese and Emmenthal.

Looking for some recipe inspiration? Why not try this delicious Gubeen Smokehouse Chorizo with Celeriac Remoulade