The Irish food and drink industry has sustained its position as by far the most global of Ireland’s indigenous industries, with its products finding markets in over 180 countries.

The opportunity to enter new marketplaces is one every ambitious food and drink company must consider at some point. Whilst the UK and European markets remain vitally important for Irish food and drink manufacturers, diversification in the international marketplace has been a strengthening component of our industry over the last decade. 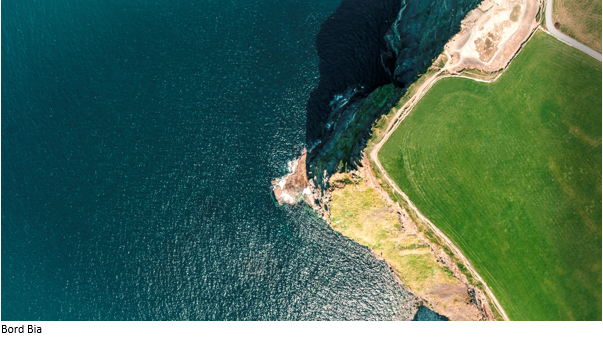 Export growth has been strong, with 2019 marking the tenth consecutive year of positive export growth for Ireland’s food, drink and horticulture sector with exports up 67%, or the equivalent of €5.5bn. The impact of a relentless focus on market diversification is truly evident in the broad-based global growth achieved.  EU markets accounted for 35% of exports (+1%), the UK accounted for 34% (-3%) while International markets (the rest of the world) accounted for 31% (+2%).  In 2020, these trends have been even more in evidence. Data for January – June 2020 saw Irish food and drink exports to Africa grow €120m, Asia by €35m and to the Middle East by €34m all compared to same period last year.

However, there are continuing challenges facing manufacturers as they aim to unlock the value that market diversification can deliver, and these challenges have intensified due to the global supply chain challenges arising from Covid-19. Efforts to diversify growth into new markets as a response to Brexit have also brought these risks into sharp focus.

We have seen over the past decade significant increases in the value of exports to Asia, driven to a great extent by dairy and meat. Total exports to Asia grew more than 400% over the decade – to €1.4bn in 2019. China was the centre of much of that growth to Asia. The value of exports to China (incl. Hong Kong) in 2010 was €126m, in 2019 that figure was €879m. That extraordinary growth was driven by specialised dairy products, but also by pigmeat, seafood, and towards the end of the decade, beef access.

Exports to North America exceeded €1bn for the first time in 2016 and joined Asia in being worth €1.4bn in 2019. This was increase from €552m in 2010, driven to a great extent by whiskey but also high value branded dairy fats success.

Irish food and drink exports to Africa doubled in value over the decade to be worth more than €697m in 2019.

That continents rapidly expanding need for dairy powders accounts for the majority of that growth, but Ireland has also been successful at positioning itself as a supplier of seafood into select markets in Africa – with an export value of over €50m in 2019. Export growth in the first half of 2020 has been exceptional, particularly in seafood exports to West Africa which are up more than 80% to over €70m. Dairy demand is diversifying away from what had been a strong focus on FFMP to include butter, growth in cheeses and other powders also.

Bord Bia recognises that sustainable performances internationally by Irish companies require high levels of strategic insight and preparedness.  The resources to pursue this path, provided by Bord Bia, have never been more focused.

Whether looking to the UK, EU or beyond, the challenges can sometimes seem considerable, not just in terms of regulatory complexity but with regard to understanding consumer behaviour, managing distribution channels and resourcing marketing and promotional activity.  Bord Bia can assist you with

developing and delivering plans to diversify markets, to ensure a more sustainable approach to business.

In light of global challenges, the importance of market diversification has never been greater, and going global with your business requires time, resources and motivation to be successful.  Bord Bia are here to help.