The latest IWSR Domestic Volume Report for China captures continued consumption growth in the whiskey category of 10.9 per cent year-on-year in 2019.  This relates to 1.68 million nine-litre cases consumed last year in the market. Whiskey enjoys a premium image in China and new growth is coming from the modern on-trade bars, e-commerce and retail channels, where it is becoming a popular and increasingly diverse category enjoyed by the young middle and upper classes. Scotch whisky accounts for 80 per cent of the category, the leading brands being Chivas Regal, Johnnie Walker and Ballantines. Irish whiskey accounts for almost 1 per cent of 2019 category consumption but is growing fast, and the US and Japanese whisk(e)y categories are also performing well as the second and third largest sub-categories. 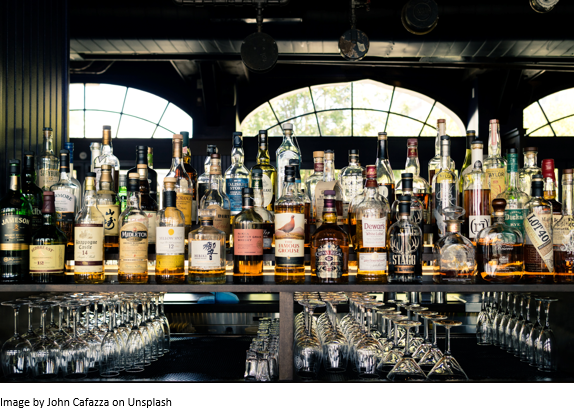 Over 56 per cent of whiskey was consumed in the on-trade channel in 2019, meaning the impact of bar and restaurant closures as a result of the pandemic will be difficult for category growth this year. Although suffering, China’s on-trade channel has benefitted from reopening sooner than in other markets and Mintel’s latest Covid-19 Impact on Chinese Consumer Behaviour Report finds that consumers are slightly increasing their ‘indulgent’ spending again on categories including alcohol. The report also finds that eating out is the top leisure spending priority for consumers, with meals being a key consumption occasion for spirits. Taking the impact of Covid-19 into account, the only sub-category IWSR expect to grow year-on-year in 2020 is single malts, which is popular among high-earning professionals and has been outperforming in recent years.

Irish whiskey grew faster than the overall category at a rate of 76.5 per cent in 2019 to a volume of 15,000 nine-litre cases. This was driven mainly by the leading brand Jameson and an increasing number of smaller craft brands investing in the market, such as Teeling and Kinahans. According to brand owner Irish Distillers, the Jameson brand grew 49 per cent in China year-ending June 2020, with China being an emerging market for the brand.

The Birth of a Chinese Whiskey Category

As the category expands, domestic production has also taken off from a small base. Global players Pernod Ricard and Diageo last year announced investment in a distillery and joint venture respectively to produce local liquid.  This year, Chinese company YunDing has also started production on a new 1.6 billion RMB distillery in the southern region of Guangdong.  IWSR reported consumption of local whisky for the first time in 2019, although from a small base of 5,500 nine-litre cases.