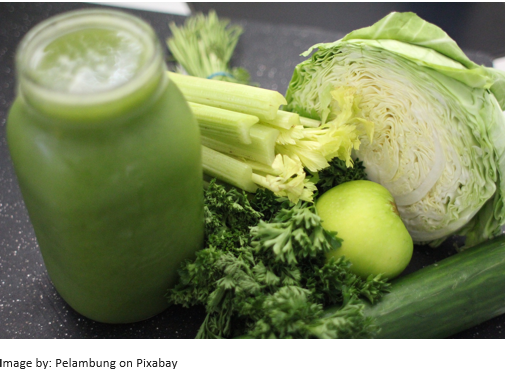 Celery Juice, mindful consumers and drinking beer from cans were all on trend in the UK in 2019 as shoppers looked to simplify their lives, according to the Waitrose 2019-2020 Food & Drink Report.

Nearly one in 10 shoppers say they now take refillable containers to the supermarket for loose produce or deli items, in what is described as the rise of the “mindful consumer.”

It shows that sales of crumpets have increased by 30% this year, as chefs such as Yotam Ottolenghi and Marcus Wareing, have inspired shoppers with their posh crumpets containing, for example, lobster.

Organic celery has also enjoyed a sales boost of 30%, thanks to Instagram-related juicing recipes from influencers.

The retail multiple polled more than 2,000 consumers in their annual – and seventh consecutive – report.

According to the report, one third of Brits are eating less meat than two years ago and over a quarter said they planned to look for better quality meat or fish when they did buy those proteins.

Vegan ready meals are now more popular than vegetarian ones – the former now accounts for 55% of sales of its ready-prepared meat and fish-free range, with vegetarian options making up less than half at 45%.

In the alcohol aisles, pink and rose seems to be the trends du jour – the pink gin and rose wine trends have expanded to now include rosé vermouth and rosé champagne.

And thanks to the continued success of craft beer in the UK, drinking beer from cans is back. Sales of alcohol packaged in cans outstripping bottled in 2019.

12% of Brits now do an online grocery shop at least once a week, with 61% doing at least some grocery shopping online. Half of visits to Waitrose.com are via a mobile device, up 9% on last year.

Looking ahead to 2020, the four future trends predicted to make an impact with shoppers were: Middle Eastern food at home, ‘seacuterie’, salt cellar substitutes and animal welfare.