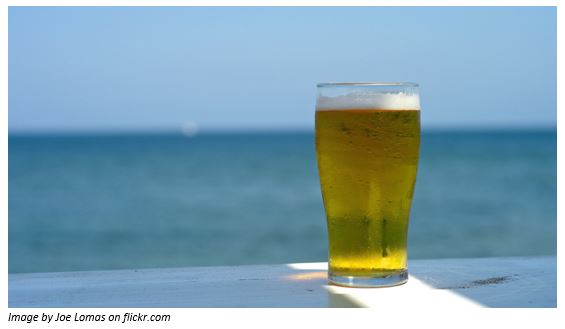 The beer industry in Spain experienced growth on all fronts in the 2017 period. The improving economy, record tourism numbers and the increased on-trade activity in the hospitality sector have all contributed to the increase in production, consumption, sales and trade of beer in Spain over the last 18 months.

According to Cerveceros de España (2017), Beer consumption in Spain reached almost 40 million hectolitres in 2017 (a 3.7% increase on the previous year). Consumption among women grew by 12% in the 2017 period, something which illustrates the consolidation of beer popularity among adults in Spain.

The hospitality sector is the main channel for beer consumption in Spain with 63% of beer being consumed at on-trade locations in 2017. Beer is actually the most popular cold drink in this sector accounting for almost 40% of total consumption (cold drinks). Beer consumption can account for up to 25% of bar turnover in Spain, and up to 40% if the bar has less than ten employees.

Spaniards consume beer in a moderate and more social manner in comparison to other European countries. This is illustrated in the fact that as the consumption of beer increases, Spain maintains a relatively low level of alcohol abuse compared to other European countries. Annual pure alcohol consumption in Spain is 8.6 litres per capita. This is below the European average. Countries such as Germany and France consume 10.9 and 11.8 litres per capita respectively (OECD, 2018).

Beer sales reached 35.7 million hectolitres in 2017, a 3.8% increase on the previous year, with the HORECA and retail channels experiencing a 4.3% and 2.3% increase respectively.

Beer production in Spain grew 3.2% in 2017 to a total of 37.6 million hectolitres making it the 4th biggest beer producer in Europe and 11th worldwide (Brewers of Europe, 2017). The top four producing companies in 2017 were;

Craft Beer production in Spain has exploded in recent years. In 2017, there was a 36% increase in craft beer production, reaching 170,000 hectolitres, according to a study carried out by the Observatorio Sectorial DBK de Informa. In terms of value, craft beer production reached €47 million in 2017 (+31%). The same report indicated that as of April 2018, there are 511 craft breweries in Spain, 34 more than the number in 2016. This illustrates the competitiveness of the domestic craft beer market.

The rise in popularity of craft beers has caused the larger brewers to fight back to maintain their market share. Large domestic brewers are developing new speciality and craft style beers in order to compete. They are also importing foreign craft beers to maintain market share. An example of this being Galician company Hijos de Rivera, who bring in a number of craft beers from the UK & Ireland.

In 2017 Spanish beer exports reached 2.9 million hectolitres, increasing 240% over the last ten years. These figures illustrate the good reputation of Spanish beer abroad, reinforced by the large number of tourists arriving in the Spanish holiday resorts each year and developing a taste for the local beers. The main destinations for Spanish beer in 2017 were Portugal, China, UK and Ireland.

Imports on the other hand reached 4.8 million hectolitres in 2017. This is a 4.4% increase on the previous year. The main countries from which Spain import are France, Netherlands, Germany and Portugal.