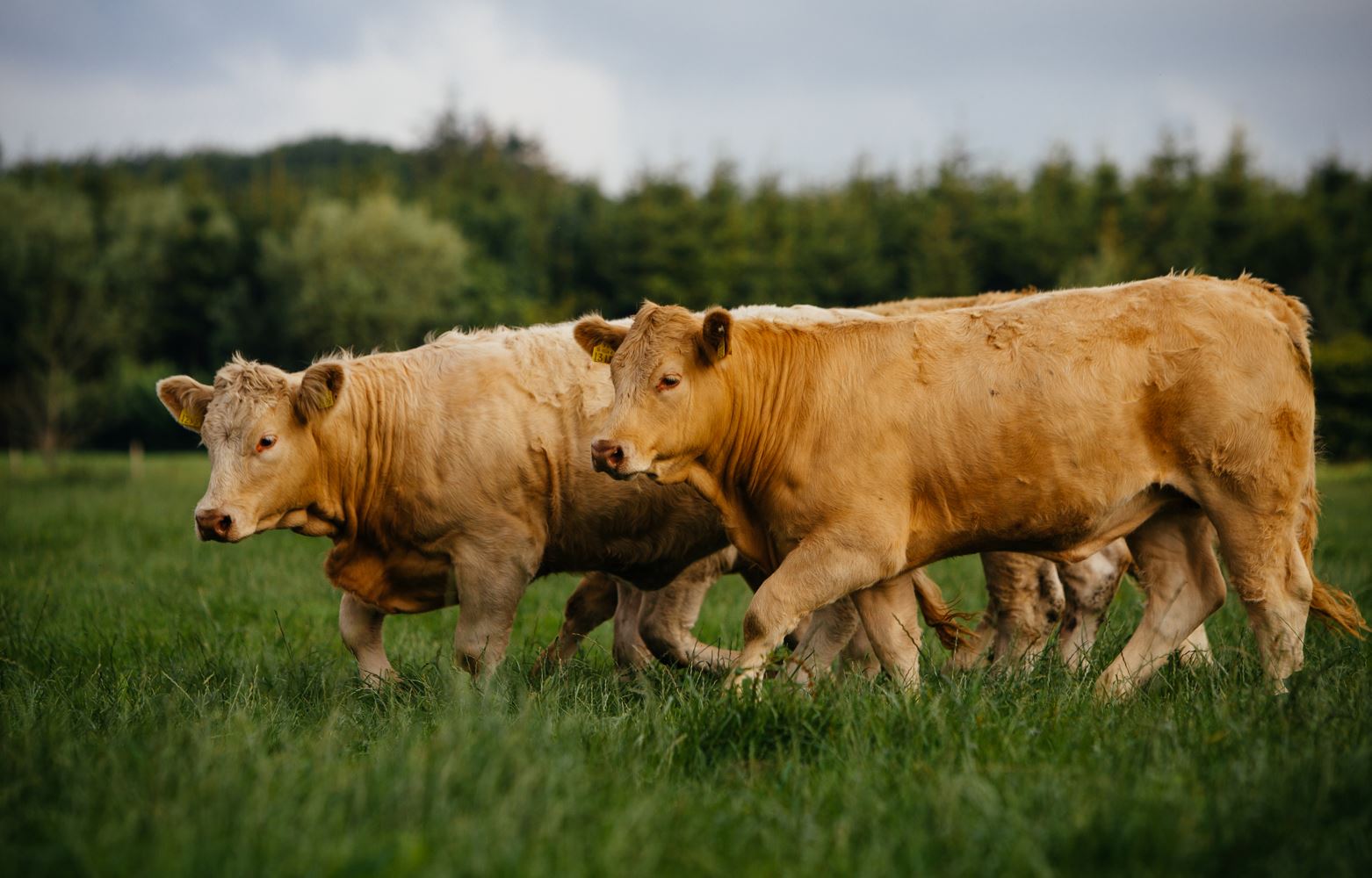 The wider reopening of foodservice continues to drive strong volumes within the beef trade, however but supermarket business is proving more challenging in the face of price increases. The demand for manufacturing beef, used in burgers and mince, is especially positive and this factor has underpinned the high beef prices across Europe. However higher prices are proving challenging with consumers facing inflationary pressures on their household expenditure across the board. This has led some of Ireland’s European customers to put a greater focus on other proteins such as pigmeat and poultry, which remain more competitive on price. In Britain a similar picture persists with beef demand across the retail and foodservice channels remaining strong and no increase in supplies yet evident. Retail beef sales declined by 6% in 2021 but are still 4% ahead of pre-COVID-19 levels. Most recently, UK R3 steer prices were equivalent to €4.97/kg (excl VAT), which represents an increase of 55% over the same week last year.

The beef market has performed very strongly so far in 2022. Last week the Irish R3 steer price was 81c/kg or 21% higher than during the same week in 2021, while heifer prices were also up 21% on last year (80c/kg). EU prices have also experienced a positive uplift with average male prices throughout the EU up 29% on last year’s levels.

Beef supplies are particularly tight in northern European markets such as Germany, Poland and the Netherlands and this has seen prices for R3 young bulls in those markets reaching €5.38/kg, €4.39/kg and € 4.98/kg respectively (excluding VAT) for the week ended 6th March. A similar development has also seen in the EU Prime Benchmark Price which rose to €4.57/kg last week, compared to an average value of €4.01/kg for this indicator for the full year 2021.

Cattle throughput in approved processing plants has totaled 319,127 head during the first nine weeks of 2022. This is a 10% increase from the corresponding period in 2021 when 290,214 cattle were processed and takes cattle throughput levels back up to 2020 levels. The level of throughput recorded during 2022 to date has been higher than expected with more producers opting to finish cattle in the house than previously expected. A strong increase in the cow kill to 66,469 head (+17%) has also contributed to the higher than expected cattle kill in the first two months of the year.

The latest available cattle population statistics indicate an increase in the number of slaughter age cattle on Irish farms. In December 2021 there were 72,857 additional cattle aged between 18-24 months for beef production (beef sired and dairy males) on farms which represented a 7% increase in cattle availability in this age group when compared to year earlier levels. The additional cattle in this age range, combined with lower levels cattle exports to Northern Ireland, has contributed to higher supplies of cattle for slaughter in the early months of 2022. As you move into the lower age categories of cattle on farm however the numbers are broadly similar to previous years.

Initial forecasts for 2022 indicated a recovery in total cattle slaughterings for the year in the region of 70,000 to 80,000 head. However, with ongoing cost pressures at farm level the overall cattle kill is likely to increase in the region of 90,000 head. Decisions made at individual farm level to counteract rising input and production costs will be key drivers behind this revised figure. There is now an increased likelihood of higher than anticipated cow slaughterings during 2022 and also the prospect of prime cattle being killed younger and lighter than previous years.

With European beef supplies forecast to remain tight for the year (-1.4%) and UK supplies also forecast only to increase marginally (+1%), we can expect a firm demand for Irish beef in our main markets. Consumer demand will be kept in check by price inflation: in Britain there is an expectation of further retail sales decline in 2022 as price increases become evident, while the foodservice channel is expected to recover as the year progresses.

The impact of the invasion of Ukraine can be expected to impact on the beef market situation, driving production costs and prices higher and potentially having a dampening effect on consumption. A further watch out is on potential herd reductions throughout Europe, as farmers seek to reduce their exposure to high costs and to manage feed cost and availability resulting from the crisis. The shape of this potential development remains to be seen over the coming weeks.

The live cattle export trade has started 2022 firmly with 47,600 animals leaving the country during 2022 to date. This is an 11% increase from the 42,801 cattle exported in the corresponding period in 2021 and is similar to the level of export recorded in the same period in both 2019.

There has been a year on year improvement in calf exports in particular with 31,762 calves exported this year to date.. This is notably higher than the 27,003 calves exported in the first nine weeks of 2021. It is worth noting that the 2021 calf export season had a particularly challenging start with unsettled weather last February negatively impacting the trading of calves to the continent. While there has been some cancellations to ferry sailings this year the level of disruption has been much lower than seen in 2021. The current level of export in 2022 representing a return to more typical trading pattern.

Live exports of other categories of cattle have totaled 15,838 head during the first nine weeks of 2022, similar to the levels recorded in the same period in both 2020 and 2021. There has however been a shift in the destinations with cattle exports to Northern Ireland totaling just 7,584 head compared to over 11,000 head in the same period in 2021. This decline however has been offset by the large consignment of Friesian bulls exported to Libya in the early weeks of the year. Exports of older cattle to other markets has largely been similar to previous years.

Higher veal and beef prices in the EU, tighter cattle supplies and improved demand from foodservice have all contributed to a steady demand for Irish calves in key export destinations. However, while demand is relatively good, increases in the cost of milk replacers, compound feeds and other input costs have all impacted the prices customers are willing to pay for calves. Similar factors have impacted the prices available and thus the demand for older categories of livestock in many of our key export markets.

Despite challenging market conditions the outlook for live cattle exports is relatively positive. Northern Ireland has been the stand out market for exports of older cattle in recent years. Export to the market got off to a slow start this year however demand has picked up in recent weeks, with the latest reports indicating strong demand for cattle from northern processors coupled with tighter cattle supplies, particularly in the shorter term.